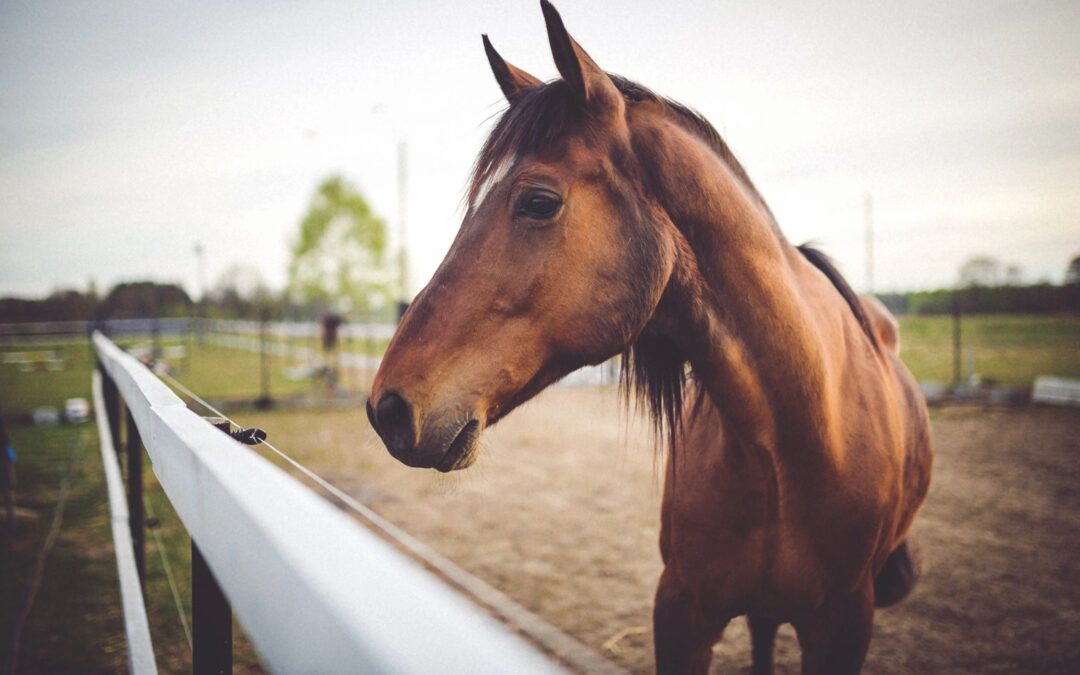 Colic is a dreaded term in the horse world, and something important to know the signs and indicators of. Colic describes general abdominal pain in horses and can range from mild colic to severe and life-threatening. Colic can occur in any type of horse, any age, and for many reasons involving eating and stress. Some common types of colic are gas colic, impaction colic, sand colic, and twisted gut.

Gas colic is an excess buildup of gas in the horse’s intestines causing discomfort. Impaction colic is caused by a horse’s feed building up and blocking their large intestine. A horse with impaction colic will likely not pass feces and this colic is more common. Sand colic is common among horses living in sandy areas and being fed on the ground. The horse will ingest a good deal of dirt or sand, which eventually builds up in the large intestines. Twisted gut is a very serious form of colic, though not common. Part of the horse’s gut can become twisted around itself or folded and typically requires emergency surgery.

Common theories about colic is that a horse will not eat, will roll frequently and will kick at their belly when having colic, and should be walked immediately. Most of this is true, but it always depends on the type of colic. A horse may still try and eat food when having colic, though generally a loss of appetite can correlate with the stomach pain. Many horses will roll to help their belly feel better, but it is believed the rolling can cause their gut to twist itself. Walking the horse is a way to keep them from lying down, and gently encourages blockage or gas to pass. If the horse passes gas or feces it is generally a good sign but may not mean the colic has passed.

Colic can be caused by overeating rich food such as grain or eating too fast especially after exercising. Various stress factors such as travel or showing can cause some horses to colic as well. In general, any indication that a horse may be having colic is worth checking out. Listening to the horse’s gut for healthy “gut sounds”, checking for fresh feces and observing interest in food is an excellent way to monitor your horses’ stomach health.